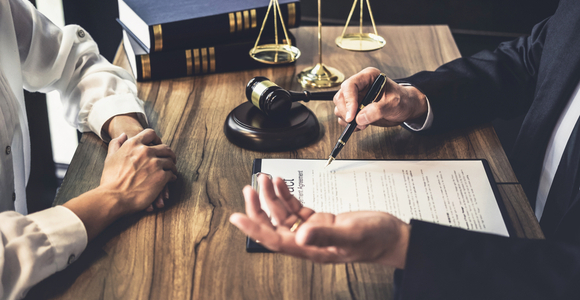 Will I be Barred from Contesting a Will if I Fail to Bring an Action Before the Six-Month Deadline?

Illinois law provides a six-month period after a will has been admitted to probate, in which a person can contest the document’s validity. In most cases, those who miss this deadline will be strictly barred from contesting the terms of the decedent’s will. There are, however, a few exceptions to this rule, so if you believe your loved one’s will was the result of fraud or duress, but you missed the deadline to file a will contest claim, you should speak with attorney Alan G. Orlowsky who can help determine whether you could still have standing to file a claim.

What is the Deadline for Contesting a Will in Illinois?

Under Illinois law, the beneficiaries and heirs of a testator have six (6) months (from the time a will was admitted into probate) to contest the will’s validity. In most cases, the failure to contest a will before this deadline will bar a person from pursuing the claim, regardless of whether the suit is based on a valid claim of fraud, duress, or another ground for disqualification.

Intentionally Interfering with a Claimant’s Inheritance

However, Illinois’ six-month deadline for contesting a will does not apply in certain cases, namely in situations where:

● There is evidence someone else intentionally interfered with the plaintiff’s expectancy of inheritance; and

● The plaintiff couldn’t have filed a claim to contest the will within the six-month time frame.

In 2009, the Illinois Supreme Court explained this exception to the six (6) month deadline exists primarily due to the differences between a typical will contest claim and a lawsuit based on intentional interference with the expectancy of inheritance. For instance, typical will contests involve a claim against a testator’s will itself and not necessarily the will’s beneficiaries. On the other hand, a lawsuit based on allegations of intentional interference with the expectancy of inheritance is an action in which the plaintiff is specifically seeking a personal judgment against a specific defendant and not just the revocation of a legal contract.

The Reason for Missing the Six-Month Filing Deadline

Even when a person is filing an intentional interference claim and not simply a will contest, he/she can still be barred from pursuing the action if there is evidence the plaintiff could have filed a will contest before the deadline, but simply chose not to do so. Instead, this exception is mostly applicable to those who have a valid intentional interference claim and who also had no knowledge of the will in question until after the six-month deadline expired.

To speak with an experienced contested estates attorney about your own time limits for filing a claim with the probate court, please call Orlowsky & Wilson, Ltd. Attorneys at Law at 847-325-5559 today. You can also schedule an initial consultation with a member of our dedicated legal team by filling out and submitting one of our quick contact forms online.