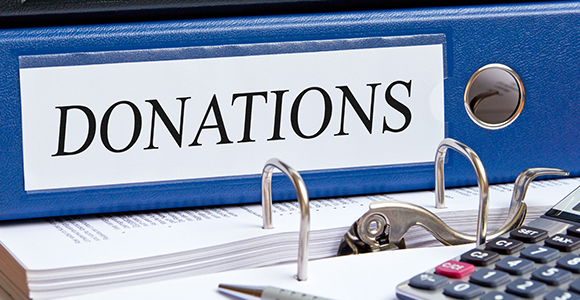 Success with Significance Through Philanthropy

Once people reach a certain level of financial success, pursuits often become less about accumulating wealth, and more about creating significance, or leaving a legacy. This most often reveals itself through increased involvement in things that benefit their community and the world. In the world of estate and wealth strategies planning, there are many tools that can help families fulfill their philanthropic goals.

For example, there are a variety of charitable trusts that can serve to both benefit philanthropic causes and aid with tax planning. A charitable remainder trust (CRT) is a tax-exempt trust. It is primarily an income tax planning tool with some estate and gift tax benefits. With a CRT, the appreciation in assets can be realized without immediate recognition of the capital gain, a stream of payments is created for the donor and a deferred benefit is provided to a charity or charities. An income tax deduction, gift tax deduction or estate tax deduction is based on the remainder value that passes or is projected to pass to charity at the end of the trust term.

A gift annuity is essentially a bargain sale in which the consideration paid by the charity is in the form of annuity payments. The IRS specifies how the income is categorized; i.e., how much is return of principal and how much is ordinary income. It also specifies how gains are recognized, and limits payments to one or two persons.

A charitable lead trust (CLT) is the opposite of a charitable remainder trust in that the income stream is paid to charity with the remainder going to private individuals. A CLT is primarily an estate or gift tax tool. If it is set up as a grantor trust, it can also provide some income tax benefits.

Private foundations have very specific rules and regulations that must be followed. Most well-known is the rule that mandates a 5% distribution to charity annually. However, there are also rules against self-dealing, holding certain types of investments known as “jeopardy investments,” and rules against creating excessive personal benefits from the foundation. While it is common to have family members on the Board of Directors get paid for their services, pay must be reasonable compared to other similar-sized charities.

Contributions to private foundations generally create an income tax charitable deduction subject to the deductibility limitations. Deductions are available in the year of the gift and can be carried forward for five succeeding years if needed. Contributions may be deductible at fair market value or cost basis, depending on the type of asset contributed. Private foundations are tax exempt under most circumstances, but caution must be taken if assets are being considered that might create Unrelated Business Taxable Income (UBTI).

While there is no legal minimum under the law to establish a private foundation, there is a practical dollar amount needed to justify the cost. While that amount used to be $5 or $10 million, it is now common to see private family foundations established with $250,000 or less.

An alternative to a private family foundation is a donor-advised fund. These funds are established as public charities and contributions are tax deductible as charitable gifts. They can be established with a relatively small contribution (many require an initial gift of only $5000) and the expenses are often charged as an asset-based fee. This makes them substantially less expensive to establish than a family foundation.

Distributions or grants are processed on the recommendation of the donor to qualified charities. The grant can either identify the donor or they may choose to remain anonymous. Donors can also name successor donors to continue the charitable objectives of the fund beyond their lifetime.

Some funds allow the donor to appoint his own money manager or to direct the money management independently. This type of flexibility has become very popular among the giving community since it allows a significant amount of control to remain with the donor. Further, many donor-advised funds allow the fund to remain in force for multiple generations. Contributions to donor-advised funds are deductible in the year of the contribution and for five succeeding years.

If you have questions, click here  to have our office call to set up a time to discuss this with you.